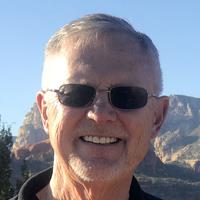 Longtime AVMATS leader and co-founder, Arthur “Butch” C. Giessman II, passed away on March 29, 2020. Giessman graduated from Parks College and worked as an A&P at Rockwell International moving through the ranks to service manager. In 1974, Giessman left Rockwell to help start the Technical Services Department at MidCoast Aviation, where he worked until 1982 when he left to run AVMATS full time. AVMATS was founded in 1978, and MidCoast was the first AVMATS customer. During the last 42 years, he grew AVMATS company while ensuring he maintaining a unique culture and family atmosphere.

Giessman was a supporter of the local and national aircraft maintenance organizations and was a founder and early president of the Professional Aviation Maintenance Association (PAMA). He was an avid supporter of the A&P schools to include Parks College, Southwest Illinois College, Missouri Technical College, Gateway Tech, Spartan School of Aeronautics, and more.

He served on the boards of several local banks as well as charities, including Wings of Hope, Corporate America Supports You (CASY), and Military Spouse Corporate Career Network (MSCCN).

“With deep sadness, we announce the passing of our founder and leader, Butch. He coached, mentored, and inspired many of us while building a family in the company he called AVMATS,”  a company statement says. “While his presence will be sorely missed, his spirit will live on in everything he built and everyone he touched.”

In 1978, with the help of three friends and partners, Giessman founded Centurion Investments. The company established itself as a source for surplus aircraft parts under the name Aviation Material and Technical Support. “AVMATS was a pioneer in the concept of purchasing and dismantling airworthy and undamaged corporate aircraft to support the existing fleet. He grew this little home-start-up company into a family of people and businesses that continue the original goal of supporting aging business jets from tip to tail,” the company statement says.